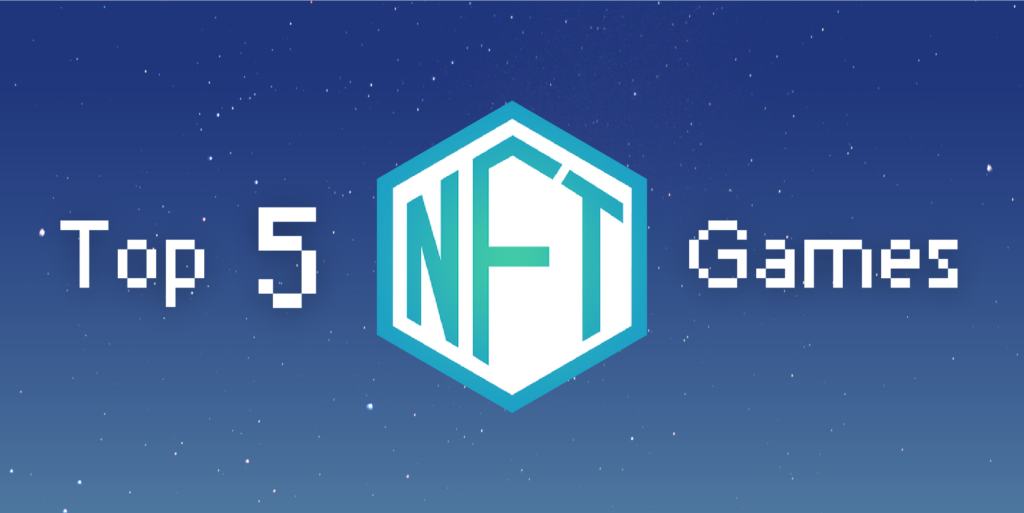 What is an NFT?

There’s been a lot of talk about NFTs lately, especially with the steady uptick in the popularity of blockchain tech and blockchain games in particular. Even though the talk is usually about the shifting values of cryptocurrencies like Bitcoin, Ethereum or the meme-inspired Dogecoin, a lot of the talk is also about the value of NFTs.You know, another acronym that you should probably add to your ever-growing vocabulary of tech-related words.

What are NFT Games?

NFT Games are simply video games that use NFTs for many different reasons. For example, an NFT might have a specific function within a game that alters gameplay. Thus, these digital collectibles also have unique functionality within different platforms. In NFT games, NFTs make it easy for players to buy and sell their in-game items. The idea is that you actually own your in-game items and can do with them whatever you want. The item is no longer limited by the game’s ecosystem. Want to sell that skin to another player? Sure. As an NFT game that’s easy to do. Imagine you catch an ultra-rare legendary holographic character. Well, you can sell it to other players. Since NFTs are verified on the blockchain and prove that you own something, they can also be used to prove that a person owns a plot of virtual land, which is especially useful in grand strategy games.

Aavegotchi cleverly brings back the Tamagotchi in the form of adorable ghosts that can equip wearables and gain xp. Unique in NFT games, it essentially asks players to collect a “true fren” by means of summoning spooky lil ghosts. It’s a lot like earlier NFT games like CryptoKitties, but with a pixel-art, spooky aesthetic.

The Sandbox is a community-driven platform that serves two audiences: players and creators. Players can play games while creators can make NFTs that can easily integrate into their NFT games. Players can buy land, on which they can then populate with games and assets. Staking and governance of land is done on the Ethereum network and using the SAND coin.

CryptoKitties is one of the original NFT games. Players can collect, breed and sell kitties with unique traits. The game is credited with kickstarting the NFT games craze with its high-selling NFT kitties. To date, a kitty named Dragon is the game’s highest-grossing cat, selling for 600 ETH ($172,000 in 2018) The popularity and lucrative transactions surrounding the game identified new potential of blockchain technology and digital art.

Axie Infinity took the revolutionary concept of NFT games kickstarted by CryptoKitties and combined it with gameplay elements of Pokémon. Players can collect and breed creatures called “Axies” and use them to do glorious battle. It’s one of the most polished NFT games on the market.

CryptoCrusades is one of the most in-depth grand strategy NFT games coming onto the market. It features strategic gameplay inspired by games like Civilization, Tribal Wars, and OGame, but builds on them by using the groundbreaking technology of NFTs games. Players can harvest resources, expand their empire, trade, and battle with other players. A key element of the game is its focus on NFT trading, which is deeply inspired by the history of art and trade routes along the Silk Road. Players can craft and sell artistic NFTs as historical artifacts, which come with unique benefits that affect gameplay.

There are also 88 Genesis Cities. Each city is a unique NFT with historical architecture that allows the player to buy the plot of land where they will begin their empire! Want to start the game off as an owner of London or Hong Kong? With unique cities like these as NFTs, it is guaranteed that nobody else in the game will be able to own that city. Blockchain technology makes this possible in NFT games.

John Constantine Tobin is the Narrative Designer at Merfolk Games. He’s a published poet, a teacher of writing, and an avid gamer. His sole desire is to inundate all game worlds with lil poems.

6 Hex Empire Games on Our Radar

From CryptoKitties to CryptoCrusades: The Evolution of Blockchain Gaming

What Is a Blockchain Grand Strategy Game? A Merfolk Games Answer